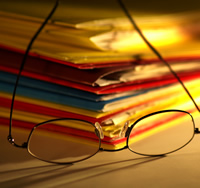 Popular terms such as “nonprofit” and “not for profit” have been used over the years with hardly any respect for the difference in nonprofit and not for profit meanings. There are many situations that could occur and the proper use of these terms would be critical to understanding the true meaning of what has been said. If you refer to the legal meaning of these terms you will understand why they are interchangeable in most conversations but when you examine the terms closely you will come to understand that each term is associated with certain types of activities.

Nonprofit when defined as an adjective by dictionary.com is “not established for the purpose of making a profit; not entered into for money: a nonprofit institution.” The same source defines the term as a noun “a nonprofit organization, institution, corporation, or other entity.”

Not for profit when defined as an adjective by Learner’s Dictionary by Merriam-Webster is “not existing or done for the purpose of making a profit: nonprofit.  An example given is a not for profit organization.”

Difference Between Not for Profit and Nonprofit

Organizations may use one or both terms to portray an image as in using the term nonprofit when they wish to be viewed, as an organization makes no profits at all rather than to have the term express how those profits are used. They may use the term not for profit if they wish to put an emphasis on the fact that any money received by the organization is used directly for a given cause. Image means everything when it comes to using these terms.

A lawyer and IRS agent or accountant may use these terms differently than someone would in a social or business situation. There are laws for nonprofits and not for profit organizations that can differ depending on jurisdictions and countries. Typically in accounting the terms for profit and not for profit are used. A lawyer or IRS agent will refer to the term nonprofit when speaking of an organization that has a charter, is organized for the purpose of serving a community or that does not pay dividends to stockholders. The IRS, in particular, will refer to a not for profit as a club or organization that earns money, or collects dues and puts this money back into the club or organization in order to purchase supplies or pay club bills. These organizations usually cannot get tax-exempt status and so the absence of this status along with it being a membership such as a club focused on a particular hobby would typically result in the term, not for profit being used to describe the club.

Although the difference in nonprofit and not for profit meaning may seem non-existent to most of us when having a conversation as we have seen above, there may be significant to which term is used when it comes to special situations such as when dealing with taxes, legal documents or accounting issues.

The ABCs of a Purpose Driven Name - Best Practices Naming Your Nonprofit
5 Ways To Turn Volunteer Work Into A Paid Job
Donating to Your Bottom Line: Giving Excess Inventory to Charity Helps Others & Makes Business Sense