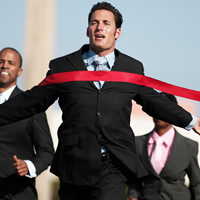 A new trade association has been created that will give Nonprofit Organizations a new method of working with their supporters and their donors to bring them more donations. It is the Real Estate & Business Social Enterprises Association, REBSEA, a 501c6 non profit trade association. REBSEA was created to represent and promote the business of real estate agents and businesses who actively support the communities they serve by donating part of their revenue to NPOs.

The REBSEA concept is based on the proven fact that people prefer to do business with people and companies who Give Back to their communities. In fact, study after study confirms that most people ( 88-85% ) will switch from a brand they are using to another if that brand supports a cause that they believe in. Corporate America is aware of this preference and has embraced the support of NPOs as a centerpiece of their reputation management. Social Enterprise is becoming a significant factor in transforming commerce as an increasing number of consumers are coming to expect that the companies where they spend their dollars not only are safe and helpful to the environment, but also are actively Giving Back to the communities they serve. One area where this is conspicuously absent is in the real estate industry. Although the large real estate franchises have programs that raise money for various causes both local and national, the fact remains that cumulatively this is a very small measure of support for NPOs. Consider that more than one half of the wealth in America is in real estate, more than in all the stock markets combined, and contributions to NPOs from this industry are minimal. The primary reason is that there is no existing infrastructure within the real estate industry for truly significant contributions to make their way to NPOs. REBSEA was created to offer leadership in creating just such an infrastructure to increase the flow of donations from the real estate industry to NPOs both on the national and on the local front.

REBSEA is forming a national network of real estate agents who are willing to donate a part of their commissions to NPOs whenever they have the opportunity to do business with their supporters. In fact, the initial network is being formed from the hundreds of real estate agents who already actively support NPOs through their business. Each of them is designated as a FOUNDER of REBSEA because this organization is truly being founded by each of them. In fact, the entire concept of REBSEA was formulated when the initial Founders realized to their amazement just how many others were doing what they were doing in their own business. After the initial network is formed REBSEA membership will be available to other real estate agents who wish to become involved as REBSEA demonstrates to them that Giving Back is not just good business but also good FOR business.

Realtors routinely give other real estate agents 20% or more of their commissions for referrals that lead to closed sales. So why not give it to a NPO who introduces you to one of their supporters who is a buyer or a seller ? Real estate agents like the idea of more business and the satisfaction of helping NPOs. NPOs like the idea of more donations. And supporters get to facilitate a donation to the causes they care about for FREE. This is truly a win-win-win-win scenario. The fourth “win” is for the recipient of the help that the NPO provides to alleviate their need or their pain.

The second phase of the REBSEA plan is of great importance to the very local charities and other non profits who have to struggle so desperately for the funds needed to carry out their missions at the community level. Once the initial national network is established REBSEA will direct its efforts to making the public aware that they can find a real estate agent in their location who supports the same causes that they care about and by contacting that agent when they buy or sell a property they can direct support in the direction of their own choosing. This will be accomplished by extensive blogging via the social media, press releases carried out by companies that excel at getting the word out to an unimaginable number of places, and various other techniques that their team is familiar with. Good news does travel well !

REBSEA was created with a single purpose…..to drive traffic and business to its members which means more support for NPOs. The development directors of the largest NPOs might take note that they can also show real leadership by recognizing the potential of these new ideas and getting involved with REBSEA on the ground floor. The Founders of REBSEA can be reached at info@rebsea.org.