Philanthropy means “focusing on the love of humanity.” In this way a person can care for, develop, or nourish his or her human potential. In modern times it has focused on the quality of life, and balancing a scientific-social area of our lives. It has further branched out into the business and government sectors, as generations have evolved.

Philanthropist simply means a person of wealth who gives away a portion or all of his or her money.  This may include promoting charitable giving. Several organizations in which philanthropists have helped throughout the years are radio stations, schools, private businesses, sanitation systems, libraries, and specialized units in public hospitals. Others feel that philanthropy is in existence because there was a lack of humanistic, moral, or religious activity in this person’s life.

Roman times to the 17th century; the philosophy behind it

During the fall of Rome, when the dark ages annihilated classical civilization, the Roman Catholic Church took on a solitary existence. Classical Philanthropy went into deep hibernation, and the manuscripts stayed buried in the dark recesses of austere libraries. In the Italian 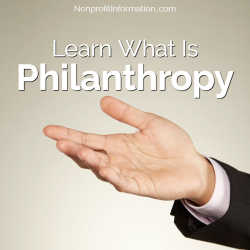 Renaissance, the ideas surrounding humanism encompassed such things as history, moral philosophy, and ethics. These ideas helped trained laymen to be effective law, business, and government leaders. During this time Pico Della Mirandola spoke highly of “Philanthropic myth of human creation”. Europe during the 16th and 17th century, while battling religious wars, was standing ready for nonreligious enterprises. Philosophers during this time period tended to lean towards “Classical” Philanthropy, in which the Scottish population viewed favorably. Several of the Scottish felt Philanthropy was “the key to human happiness”. Self-development, living in harmony with nature and fitness were a few ideas were what now shaped the ideals of that era.

Classic to Modern informal use of the word

In the 19th century U.S., people felt varied on its meaning, and many Philanthropists were either accepted as “doing good,” or being called “do-gooders”. In the 20th century, as Philanthropy advanced, it was associated with vast amounts of private foundations. During this era professional fundraisers shunned the word and referred only to their “charitable organizations”. Sometime in the 21st century, it increased to include donors, foundations, and corporations. This in turn became “charitable giving”. A good percentage of the population was now becoming Philanthropists at earlier ages. It was considered “very cool”, and started to attract popular celebrities from the arts genre. 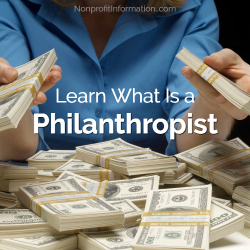 Several famous Philanthropists are Dale Carnegie, Lance Armstrong, and Bill and Melinda Gates. Dale Carnegie was a very famous and wealthy individual who donated a large part of his earnings to public schools. He was best known as the author of “How to win friends and influence people”. Lance Armstrong, a racing cyclist who won the Tour De France, is a highly prestigious philanthropist. His foundation, The Armstrong foundation, and other programs he supported have raised over 555 million for cancer survivors. Bill and Melinda Gates, sometime after Bill formed the company “Microsoft”, started the Bill & Melinda Gates foundation. This foundation raises millions of dollars each year to help people in need.  It’s even been speculated that Steve Jobs, the CEO of “Apple”, was a private philanthropist at the time of his death. The high charitable donation of 150 million, to a hospital in San Francisco, could not be traced back to him. I hope you have enjoyed learning more about Philanthropy and Philanthropists through this article. Maybe you’ll decide to even be one someday, or secretly shun them to the darkest ethers of space.